In the midst of writing a sensitive scene I suddenly had a flashback that took me strolling down memory lane.  As I was retelling the experience to my favorite guy, I was suddenly overcome with emotion.  So much so that by the time I got to the end of remembrance road I was pissed off and angry all over again. 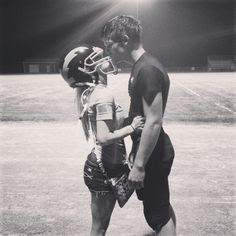 It was my junior year of high school.  The high school honey and I had gone to his senior prom.  We were a pretty couple in pretty clothes and had a spectacular time.  The next day Boyfriend had the audacity to take another girl on a trip to Great Adventure amusement park.  I heard from sources that the two had been seen getting quite cozy on one of the rides; her hands hunting down his pants and his all up her shirt quite a few times.  When questioned, Boyfriend played stupid, insisting that my sources didn’t know what they were talking about.  Two weeks later Boyfriend and that other girl were spotted at the 4th of July parade in matching his and her tee shirts sporting that Great Adventure logo.  Since my own eyes were witness to this spectacle there was no way for him to deny what I saw.  Boyfriend denied it anyway, sticking to the story that it wasn’t him.
Needless to say the relationship didn’t go far after that.  He cheated.  I cheated for revenge.  Eventually we were with other people more than we were with each other.  Then he went his way and I went mine, life taking us in different directions.  My mother was more devastated by it than either he or I were.  Thank goodness it was only high school!
But thinking back over it made me hot!  And it made me mad because that was my first experience with a boy who thought it okay to play with my emotions.  Who the hell did he think he was? After getting mad, I called a mutual friend so that we could reminisce together and by the end of the conversation I had laughed until my sides ached.  High school drama had never been so sweet!
As life would have it Boyfriend and I are still friends, occasionally catching up with each other to say hello and inquire about each other’s families.  The next time I talk to him I’ll remind him about that high school drama and the heartbreak he put me through.  And then I’ll thank him because all that emotion is playing out nicely in my story.
Posted by Deborah Mello at 11:05 PM
Email ThisBlogThis!Share to TwitterShare to FacebookShare to Pinterest