For the last few days I have been swimming in a well of emotion.  It hasn’t taken much to make me teary as I have been on the verge of breaking out into that really ugly cry. 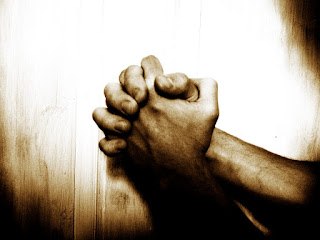 My baby boy has two best friends that have been an extension of our family since forever.  When they were in school it was the rare occasion that you ever saw one of them without the other two of them and if they weren’t traveling as a trio, you were sure to see some duo combination, two seeking out the third.  When my son-shine was out of my sight I knew that he was at one’s home or the other’s and I trusted that he was safe and well, their mother’s caring for and loving him as if he were their own.
One day the trio was acting up as only they could, playing a random game of hokey pokey, kicking one foot in as they roared with laughter.  At least that’s what I think they were doing.  For all I know it was a game of karate kick something, boys being boys.  But they were happy and laughing and a random snapshot of their three feet from the ankle down became my thing to do to celebrate the milestones they shared together.  When Son-shine celebrated his 16th birthday we took the trio to Myrtle Beach to celebrate and I snapped a shot of their three bare feet in the sand.  When they went to prom I photographed them in their tuxedos and then took that one shot of their three identically sneakered feet.
Two years ago, the trio made the decision to enlist in the military, together.  Two chose the same MOS (Military Operational Specialty) headed for Special Forces training.  The third was less inclined to put himself directly in the path of trouble.  But together they headed off to boot camp.  As they departed I lovingly joked that I could not wait for the day when they would all be back home together and I could get a shot of their three military-issued boots.  And I envisioned the day I’d snap a photo at their weddings and all the other milestones I know that they will one day share together.
As with all best laid plans the military sent them in three separate directions.  Two, Son-shine being one, are still stationed state-side.  Until a few days ago, the third was serving his first tour in Afghanistan.  Today, he is back on US soil, recovering in a military hospital.  And every time I think about it I want to cry.
On Sunday, this young man’s squad hit an IED while out on patrol.  There was an explosion and he and others were seriously wounded.  There was one casualty, one young man who will not be going home to his family.  And my heart is simply broken at the thought.  This hit too close to home and only for the grace of a beloved God is our young man now back in his mother’s arms, his parents by his side.  Despite the severity of his injuries, he is on the road to a full recovery.  (I am putting that out into the atmosphere and claiming it.)  I know all too well that things could have gone very differently.
So, on behalf of the injured and fallen soldiers and the many soldiers who are still in harm’s way, I ask that you please lift them all up in prayer.  Please pray for their healing and their safety and the families that want nothing more than to have them all back home safe and sound.  They are our nation’s unsung heroes and sending prayers skyward is the least that we can do for them.
Wishing you a speedy recovery, PFC Williams!  And we love you.  We love you very much!
Posted by Deborah Mello at 12:27 AM
Email ThisBlogThis!Share to TwitterShare to FacebookShare to Pinterest

Thanking God for this young mans life and full recovery.

Prayers abound for the solder's family, who lost their son.

Praying every day for our military stationed all over the world.

Hugs to you Deborah!

Thanks, Janice! I hope all is well with you, my friend.

Prayers are being sent for the young man as well as all the young men and women who serve our country so well.

Thank you! Hope all is well!