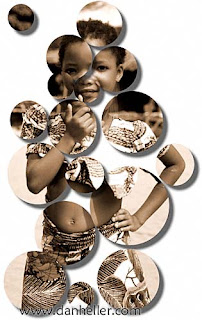 Y’all might remember how this works. Every so often a thought will cross my mind but never quite make it into a full blown post. I call them dribblings, just random, trivial stuff that passes through my thoughts.

Do we really give a flying fig about Kim Kardashian filing for divorce? I mean, really. Girlfriend made in excess of $17 Million for 72 days of wife work. And I’m sure it wasn’t really hard wife work. Looking at cutie patootie Kris Humpries, I’d bet she spent more than half of those days on her back, or quite possibly her knees. I mean really, how strenuous was that? She made $5 million performing wife work with Ray J for 30 minutes on camera. Did we really expect more than that from her? Since 2000 she’s averaged a boyfriend a year, having more ex’s than that video she starred in. She’s changed men the way some folks change their drawers. If anyone should have an issue with her relationship drama it should be E! Entertainment and the dumb ass who signed that multi-million dollar check. Let’s just give her a Thank You For Saving A Sister tee-shirt and move on! Kim already has.

Is it politically incorrect to give an overweight friend a bottle of Fat bastard wine? Really, I’m asking. It’s a pretty cool vino if you like that kind of thing. Made by a French guy named Thierry and his buddy Guy, it’s not bad. It has a big, robust flavor, deep color and a richness that’s pleasing to the palate. And I like the unique name. Fat bastard! But would it be insulting to give a bottle to a fat friend?

Guys go to the gym like women travel to the restrooms – in packs. I get them herding together with the free weights. It’s necessary from a safety perspective, needing someone to be the spotter so they don’t hurt something important. Like having a designated driver after a night at the bar. But what do they need to spot when they’re working out on one of the machines? Three guys standing behind their guy pal while he takes his turn on the elliptical machine is really not cool. Not cool at all.

An acquaintance asked what I thought about her guy keeping pictures of his ex around his house. I thought since it’s his house he can pretty much do whatever he pleases. She said she’d moved in and was now living with him. The pictures had been out of sight for over a year, now they were back again. I repeated. It’s his house and he’s making sure she gets the hint. She needs to find her own home and put her own pictures up then she wouldn’t have an issue with him and his. Just what I thought.

Is it remotely possible to get movie butter flavor with pop-at-home/on-the-stovetop popcorn? Or am I just wasting a whole lot of popping corn?

So much for dribbling. Time to get back to writing!

Posted by Deborah Mello at 1:51 AM
Email ThisBlogThis!Share to TwitterShare to FacebookShare to Pinterest