He was only days old when his father laid him in her arms. He wrinkled his little face as if he were about to cry and then he just snuggled down into her arms and drifted back to sleep. In that moment he became her world, her lifeline to something she didn’t even know she needed.

They grew up together. She mothered him to the best of her ability, delighting in every one of his accomplishments. She was there for his first steps, his first words, more firsts than he will ever know. She was also there for the insanity between his father and the mother that birthed him, the duo so consumed with their own frustrations and anger that they sometimes forgot their precious baby boy and how their abuse of each other impacted the family around them.

But she refused to forget. He was her heart and she had fallen in love with him the day his father laid him in her arms.

He is now a man and 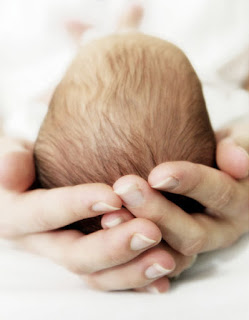 the passing of time has not been kind to them. The baby she once held as her own is estranged from her, the two of them casualties of a war that was not of their making. Too much time has passed in silence, things that should have been said gone unspoken.

But what has not changed is him having her heart like no other. Because she fell in love with him when he was only days old.
Posted by Deborah Mello at 7:53 PM
Email ThisBlogThis!Share to TwitterShare to FacebookShare to Pinterest
Labels: Me Myself And I