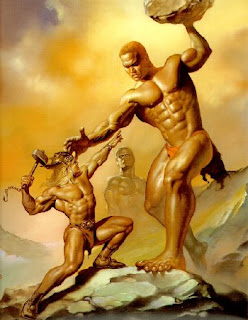 When does a discussion become an argument?

I just left a discussion that has me reeling like I’d gone ten rounds with the heavyweight champ. I’m feeling much battered and bruised and it’s the second discussion of its kind that actually reduced me to tears. Now, I’m trying to understand why because the other party is convinced that our conversation was just a discussion and nothing more.

In this matter there was no agreement on how I’d handled a situation. I became defensive although I concede that maybe I was being sensitive. But no one likes being told they made a bad judgment call whether they did or not. I was told that I just did what I wanted to do and not what I should have done. I was offended by that because I did what I thought was best in that moment and I did such with good faith. It wasn’t like I’d randomly decided to go against protocol because I just didn’t like the rules so I made up my own rules.

I see discussions as free flowing exchanges about a topic. Typically in a discussion there is no finger-pointing, no postulations of right and wrong and rarely any utterances that leave one party feeling small and inadequate. I realized that I view my recent exchange as an argument because I walked away feeling inadequate. I’d been scolded, albeit politely, but scolded none the less.

I readily admit that I did not handle the conversation well. The moment I was made to feel inadequate I shut down and there was no further exchange, just more scolding. My shutting down only served to further incite the situation. Wherein the other party's point was made, taken, and understood, ending it there wasn’t enough. We kept hammering at it until all I could do was cry.

Now as I sit back and reflect on the whole exchange I’m mortified that what amounted to a sum total value of $4.00 has left me questioning my judgment and abilities, broken my spirit, and completely ruined my day.
Posted by Deborah Mello at 1:23 PM
Email ThisBlogThis!Share to TwitterShare to FacebookShare to Pinterest
Labels: Me Myself And I