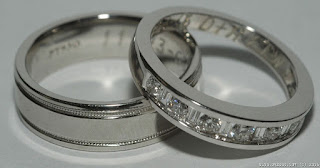 Years ago Oprah had a relationship expert on who stated that couples needed to focus on themselves first and their children and families second. I remember well the gasps and declarations from an audience of women who couldn’t fathom putting any man’s needs before the needs of their babies. It was explained that a couple who focused first on themselves was better equipped emotionally to take care of those children and all the other external issues that a family needed to face on a day to day basis. I remember balking at the thought myself. Wasn’t enough love in the world to get me to think of my children’s wants and needs only after I’d considered their father’s. I just couldn’t wrap my mind around the concept.

Then I met Sheila and her sister Bev. Both were married with children. Bev’s husband had her full attention twenty-four seven. Sheila’s children had her attention first and her husband was an afterthought in their relationship. Needless to say Bev had a much better marriage than her sister and surprisingly her kids were happier and better adjusted as well.

Bev and her husband have always put themselves and their relationship at the very tippy-top of their priority list. They have proven time and time again that the peace and balance they find with each other carries over to how they deal with their children and their family.

Sheila says the disregard in her relationship started while she and her spouse were dating. Time and attention for each other came well after time and attention for everyone else. It became habit for them to think of themselves only after they were finished dealing with everyone else’s issues. A typical date for the two rarely involved them being alone together for any significant amount of time. After they married Sheila put her children first and her husband eventually resented that he fell somewhere at the bottom of her priority totem pole. He didn’t do a much better job, allowing the needs of work and his extended family to supersede Sheila’s needs. Sheila eventually felt disregarded and was unhappy with her relationship woes.

I’ve watched the two women do that dance couples do with each other and clearly Bev and her husband do one mean cha-cha and tango. Sheila and her spouse on the other hand couldn’t do a two-step if someone painted the dance steps on the floor and included video how-to instructions for them to follow. I’ve seen a few relationships end this year, including my own, and although the reasons for each one failing might have been different, they all had one thing in common. None of us listened to the expert.
Posted by Deborah Mello at 8:26 PM
Email ThisBlogThis!Share to TwitterShare to FacebookShare to Pinterest
Labels: Love Stories