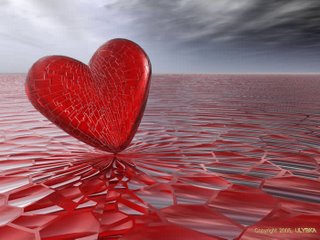 Years ago a close family member was shot at point blank range by her ex-husband. The divorce, which had happened two years earlier, had been amicable. Or so we all thought until that fateful afternoon while preparing her two young sons for their weekly court-ordered visit with daddy that she opened her front door to him holding a small caliber weapon and unloading six shots into her chest.

By the good grace of God, she survived, stronger, wiser, and more cautious for the experience. But, so did he. If I remember correctly, the charge of aggravated assault (because he said he really wasn’t trying to kill her) only netted him two years in the state penitentiary. A few months of good behavior saw him released early. Imagine our surprise a year or so later when he showed up for my maternal grandmother’s funeral extending his teary-eyed condolences and a pound cake from the local Piggly Wiggly supermarket. I know I didn’t eat any cake!

I can’t tell you why this man snapped but snapped is clearly what he did. I remember thinking at the time that women shouldn’t play with a man’s emotions ‘cause that’s a game that could very well lose them their lives, and not to say that it was her fault, because it wasn’t. Unfortunately, for whatever reasons, he just seemed to think so.

I have a male acquaintance whose behavior scares me to death. Unfortunately, the woman he’s obsessed with isn’t as concerned as I believe she should be. This man is highly educated, reasonably intelligent, active in the church, a charismatic pillar of the community, and a walking poster child for good love gone bad. He’s a ticking time bomb and I honestly believe it won’t take much for him to snap.

The couple have dated on and off for a few years. Although she has been exceptionally straightforward with him about just wanting the relationship to be casual, he hasn’t even begun to accept that. When his behavior became possessive, she dumped him, hard. His feelings were visibly hurt but they remained on friendly terms. Her definition of friendly meant they occasionally talked on the telephone and might have even enjoyed an evening of dinner or a lunch date every few months. His definition of friendly was to send her multiple emails professing his undying love every half-hour.

He has erected a shrine in his home, a sanctuary filled with her photos. His days are fueled by fantasies of a future they will eventually share together because he’s convinced she is the love of his life. He has not, in the ten years I’ve known him, even ventured to date anyone else. For a very good-looking, successful, accomplished man with a reasonable degree of intellect, there is just something not right about this.

Two years ago she met a man who captured her heart and soul. They have since made a home in a house that they purchased together and she is sporting a very nice diamond engagement ring that leaves little doubt about the nature of their relationship. Her friends are thrilled for her. We understand that she is living out her dreams.

Her stalker on the other hand has decided to stake a claim and mark his territory. When his last communication came out of the blue, professing yet again his undying love and detailing the specifics of how he wanted to propose, when and where they would marry, and why she should commit to him and not the other, I advised her to get a restraining order, dye her hair, change her name, and get as far from the lunatic as possible. The man is delusional and quite a few cards short of a full deck. She doesn’t think he’s problematic but she sent a short and sweet reply that said she wasn’t interested and either he accept that or they could never again be friends. Your average Joe would take the hint because she left nothing to the imagination about how she did and didn't feel.

Dr. Jekyll, however, switched personalities real quick and has been overly apologetic ever since. He doesn’t want to lose the friendship. I think it’s the calm before a potentially dangerous storm. I hope I’m wrong, and for all the well wishes I want for her happiness, I am also praying that this man doesn’t one day, just snap.
Posted by Deborah Mello at 9:56 PM
Email ThisBlogThis!Share to TwitterShare to FacebookShare to Pinterest
Labels: Love Stories