PLEASE DEAL WITH YOUR SHIT 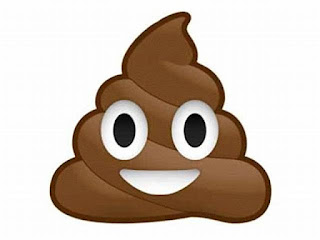 Let me preface this rant with an apology for my French. For those of you who are sensitive to bad language, I’m sorry, but sometimes I cuss and I wasn’t interested in watching my language for this post.

2021 is the year to deal with your shit! And I am saying that with my whole chest!

I had a conversation with a relative lately who was nasty for no other reason than she could be. No one has ever called her out on her nastiness. She low key attacks friends and family because she is broken and refuses to deal with her own shit, so assaulting loved ones has become her behavior du jour. Her husband endures most of her abuse. Most men would have gone out for a loaf of bread and stayed gone. But he continues to endure her tantrums and violent outbursts. To some degree he enables her bad behavior because he loves her and he wants to be there when things get better between them. I wish him well with that, but I don’t see it happening if she doesn’t start dealing with her shit.

This woman is blessed and she takes that for granted. Personally, I have neither the time, or the energy, to coddle her issues. I have my own damn problems to deal with. I’d go down the list if I thought it would give her something else to consider, but I know I’d be wasting my breath because in her small world everything is always about her.

With the New Year, it’s time for all of us to do some self-reflection. It’s time to take inventory of our needs and wants and assess what’s broken, what needs to be fixed, and what needs to be discarded. Then we need to get to work. My relative refuses to even consider therapy. She doesn’t think there’s anything wrong with her. Nothing that she can’t fix herself. But she would benefit from talking out her issues with a neutral party. Someone who isn’t going to agree with her just because she says they should. Someone who can see through her crap and who isn’t afraid to call her out on it. She needs to face the trauma she’s buried deep in the core of her psyche and begin the work to unpack the baggage she’s been lugging around like a favorite coat. She needs to do what we all need to do! She needs to heal by whatever means necessary!

But healing won’t come if one isn’t willing to put forth the effort. You can’t right what’s wrong when you refuse to ask for help. There’s no coming back from those dark places if you won’t even acknowledge that you’ve fallen down that rabbit hole and can’t find your way back. If you won’t look in the mirror and be honest about the monster you unleash on others to help you cope with your hurt.

It’s okay to be broken. It’s not okay to wave the shattered fragments of your pain around like a weapon. It’s also okay to not want help. It’s just not okay to expect that you can drag those who love you into your hell and they will stay and take it.

Clean away from your own doors this year instead of worrying about what others are doing behind theirs. Be the best version of yourself that you can be and if that means fighting for your sanity, then damn it, get in the mud and fight! Stop worrying about what others think or how things may look. Most folks are too focused on their own issues to truly care about yours. Besides, you acting like a damn fool in the middle of the night and smiling in the morning like no one will figure it out, rarely works. Someone always knows. Someone else is bound to see and personally, I’m not keeping your bad behavior a secret, so you can trust at least one person is going to tell.

Get it together. A well-lived life depends on it. And you can’t be whole if you are investing all your energy in being angry and hostile and a miserable bitch to the very people who are least deserving of it.

So, please, deal with your shit!

Posted by Deborah Mello at 6:07 PM
Email ThisBlogThis!Share to TwitterShare to FacebookShare to Pinterest