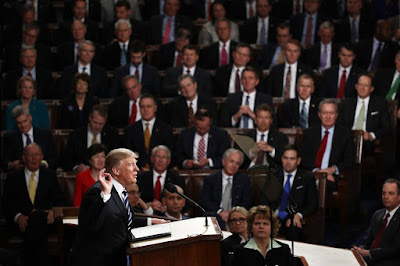 Our current President and his administration lie. They lie with a voracity that is absolutely mind-boggling. If he can say his is bigger, better, and brighter he could care less whether there is any truth to his declarations. He will never acknowledge his shortcomings and will readily lay the blame for his transgressions at the feet of Jesus if he thinks it will keep him in favor with his political base.
He is determined to give those who voted for him a wall. A miles-long continuum of brick, mortar, and armed guards intended to keep out the black and brown-skinned people he, and others, believe are a threat to the great white way of America. He has no understanding why there has been obstruction, that thus far, has kept that wall from rising.
History has clearly taught 45 nothing. But then one must know history to learn from it. There is no understanding of why walls don’t work and most inevitably come down. He cannot comprehend the reasons for rebellion when people are oppressed. He despises the dissent against his core beliefs and readily rails against those who show disdain for him. In his heart, the Klan and white supremacists are good people and immigrants are animals who hail from shit-hole countries. He has closed the door to those seeking refuge, aspiring to the American dream on which this land was founded. He lauds foreign leaders who are equally as narcissistic and wants HIS people to bow to his will.
Now he is holding children hostage in the name of political gain. He has no qualms about using little brown boys and girls as pawns for immigration reform. Give him his wall and he might give these babies back to their mothers and fathers. He is reprehensible and though he would like to claim they are only following the laws established by the Democrats, that has been proven to be yet another blatant lie. He digs in his heels because he will have that wall at the expense of people he could care little about. He is cold, heartless, lacks integrity, is an international joke, and an abomination to the American people.
Every sitting member of the United States Congress should be warned. Your silence makes you just as culpable. Your defense of this heinous practice is inexcusable. Your blatant refusal to do anything is beyond vile. If you are waiting to see what your brethren will do instead of leading the charge to stop this and insure every child is returned to their families, you are even more despicable. Do not ever preach family values when your own moral turpitude reeks of elitism, racism, and apathy. If picking on innocent children, whose parents only wanted better for them, is okay with you, then you will reap what you sow. If you pick and choose Biblical tenets to justify babies being caged and treated like cattle, you too, are as evil, and hell will gladly welcome you.
Know that voters will not forget come election time. There are scores of women and men, and mothers and fathers, from both sides of the aisle, who will use their disgust for this administration, to fuel the fight for significant change. Come hell or high water we will return integrity and decency to our government. We will be represented by people who will fight for the best interests of the people and not the personal agendas of a select few. If you have lost our respect you will lose our vote. And it is the American people you should fear far more than the Commander-in-Chief.
Be warned.  If you don't do what's right, we will see you unseated if it’s the last thing we do.
Posted by Deborah Mello at 11:31 PM
Email ThisBlogThis!Share to TwitterShare to FacebookShare to Pinterest