Less than ten minutes into the opening scene of the new Malcolm D. Lee film Girls Trip, starring Regina Hall, Jada Pinkett Smith, Tiffany Haddish, and Queen Latifah,  I knew the movie was going to be a roaring success. A comedy starring four black women who could string whole sentences together, didn’t hate black men, weren’t angry at the world, and had most of their “ish” together caught some by surprise. It definitely captured everyone’s attention. It was a box office success and the numbers don’t lie.

What the movie proved yet again is that seeing multicultural stories brought to life is as important as ever. We are no longer accepting of history continually being whitewashed, or ignored. Seeing one’s self reflected in books, on the big screen and television, in a positive light, is life affirming. Maybe even more so when you consider the racial climate we’re living in today. Most know it. Helping others to see it has become just as important.

Telling our stories, whether in film or literature, has come with a host of challenges. Romance lines featuring multicultural characters written by multicultural authors is quickly becoming a thing of the past. Publishers claim low sales after blatantly reducing distribution channels. It doesn’t take rocket science to know that books can’t be successful if there are no books to sell. Promotional and marketing support is lacking despite the continued growth in readership. And worse, publishers asking their majority authors to write our stories while refusing us the opportunity to share our own voices is just wrong on too many levels to count. We find ourselves between a rock and a hard place with the powers refusing to effect change and the storytellers refusing to allow their uphill momentum to be stalled. Next year we will say goodbye to Harlequin’s Kimani book line and rumors abound about who might be next. But authors aren’t letting that stop us. By any means necessary we continue to persevere.

When others say our books and movies don’t have an audience we are no longer standing idly by and accepting no for an answer. Instead, we’re accepting the challenge to prove the naysayers wrong. But greenlighting our books and our movies, more times than not, requires a collective effort. There are no big budgets for us to draw upon and no benefactors with deep pockets ready to underwrite the expenses. We have to beg on bended knee, tin cup in hand, to raise the funds we sometimes need. Convincing our supporters that we are worthy of their investment has often required many come-to-Jesus moments! 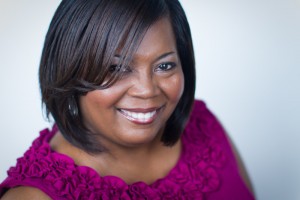 Iris Bolling, a renowned author and filmmaker, has recently partnered with Beverly Jenkins to bring Ms. Jenkin’s book Deadly Sexy to the big screen. Ms. Bolling has garnered much success with her writing since first publishing in 2008 and most recently produced The Heart, a television series based on her novels. With a successful second season under her belt she continues to branch out and afford others the same opportunities to reach for their dreams. 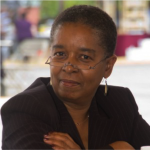 Beverly Jenkins is a USA Today best-selling author and a prestigious writer of African-American historical romance fiction. She specializes in 19th century African American life and has over thirty published novels to date. She is also the 2017 Romance Writers of America Nora Roberts Lifetime Achievement Award recipient. This award is presented to a living author in recognition of significant contributions to the romance genre. To qualify for the award, the recipient's career in romantic fiction must span a minimum of 15 years. Recipients must in some way continue to promote the romance genre, teach romance in fiction, or publish romantic fiction. Beverly Jenkins’s accolades are lengthy, her awards numerous, and her magnanimous contributions to the romance industry and to authors of color has been significantly understated. She is adored by fans, revered by her peers, and yet, acquiring the help needed to see this project to fruition has been one massive mountain to climb. While authors with far fewer accomplishments, and less talent, have had Lifetime Movie contracts dropped into their laps, Ms. Bolling and Ms. Jenkins are having to shake the proverbial tin cup on bended knee.
Iris Bolling and her company, Siri Austin Entertainment, have brilliantly laid out the reasons why contributing to this project is important. To quote the project’s website, “The success of the Deadly Sexy project can lead to another author’s book-to-film project, then another and another and another. The avenues of possibility are limitless, when we come together in a collaborative effort to see good stories, told our way, come to life on film.
So this is a come-to-Jesus moment!

The GoFundMe campaign established by Siri Austin Entertainment is running out of time. It was an aggressive campaign to accomplish what some say was an unfathomable goal. But it can still be done because all things are possible with much faith and effort. All donations received by Siri Austin Entertainment will be used towards the production and promotion of Deadly Sexy the movie. Funds will be used to ensure this project is completed from inception to distribution, including but not limited to:

GOFUNDME for DEADLY SEXY the MOVIE

Posted by Deborah Mello at 1:38 AM
Email ThisBlogThis!Share to TwitterShare to FacebookShare to Pinterest