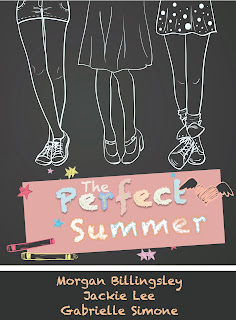 It’s summertime! That means it’s time to sit back, relax and just have fun, right?

Wrong! For Marlena Fernadez, Gloria and Valerie James, and Max and Mickey Martin summer is all about life lessons in these three, page-turning tales about kids in search of The Perfect Summer.

Synopsis of each Story
Jackie Lee
A Lesson for Summer
Fourteen old twins, Gloria and Valerie James, had the ideal plan to spend their summer vacation. They would spend their summer shopping, talking about boys, and going to the movies. However, when their dad felt the calling of the Lord, they were now going to have to spend their summer moving to another town and volunteering to mentor a bunch of snotty nose seven year olds. The twins do everything to sabotage their parent’s plans for them. However, in the end they learn lessons in life that truly makes this the Perfect Summer for both of them.

Excerpt from A Lesson for Summer
I knew that look meant that my twin sister did not like what she was hearing.
“There you are. We were wondering what was keeping you,” Dad said in a cheerful voice.
I politely smiled and took a seat beside my sister on the sofa. My eyes darted over to the
strangers in the living room. The man had fine gray hairs around his bald spot. He wore thick
glasses that made his eyes look like a huge red moon. He also wore too much cologne. Whew!
He had the living room lit up like the perfume part of Macy’s. The woman beside him wore this
big Kool-Aid smile. She had on a red dress with blue flowers. Her dress was loud enough for my friends to hear her across the street. “I have heard so many wonderful you, young lady,” said the balding man.
The lady with the loud dress just kept smiling.
“Your parents tell me that you are the captain of the church praise dance team and worship leader for the youth. That is wonderful! I love to see our youth active in church,” the man continued.
I just continued to stare at him. My sister elbowed me, so I managed to say, “Thank you.”
My mother jumped into the conversation.

Morgan Billingsley
A Country Summer
It's summertime and Max and Mickey are headed to their grandmother's house. But these two city kids aren't ready for a Wi-Fi free country summer. But when Max makes new friends, he learns to adapt and have fun. Can he get his twin sister to see that attitude is everything and can determine whether they have the Perfect Summer!

Excerpt for a County Summer
When that last bell rang, signaling the  beginning of our summer vacation, I felt like I’d just been given a Get Out of Jail card. I had been counting down to this day and was looking forward to hanging out with my twin brother, Max, playing video games, and taking daily swims in the pool my parents had built last  winter. You know, just having fun. I wasn’t expecting this.  I mean, in the fun dictionary, a road trip to a country town was nowhere in the book. Yet,  that’s exactly what we were doing.
“Ugh! Are we there yet?” I asked my dad, who was driving our large SUV like a skilled truck driver. My mom was next to him and they  were singing some corny old people song on the

Gabrielle Anderson
It's summer vacation time, and the Fernandez family is headed to Disney! Marlena, the oldest, is not excited about riding the teacups, she out grew those long ago. She decides that she is old enough to hang out on her own. With her cell phone in tow, her parents allow her tackle the park alone. It's no surprise that she learns many life lessons the greatest of which is family love.

Excerpt from Two Big for My Teacups
Six hours, four arguments and three stops later, they made it to the hotel in Birmingham. It was early evening and all Marlena wanted to do was swim. They were staying in a room that had two queen beds and a pullout sofa.
“I call the sofa bed,” Marlena said while   putting her bag on it.
“I want the sofa bed,” whined Kyle.
“It’s big enough for the both of you,” her dad  said.
Marlena protested. “I don’t want to sleep with him. I called it first.”
Her mother let out a loud sigh then gave Marlena a look.
“It’s been a long ride, let’s go swim,” her   father suggested.
“Good idea,” her mom replied. “Get your suits on.”
Marlena and Kyle got dressed quickly. He in basketball shorts, and she in her one-piece. Of course she wanted a two-piece, but her parents said that was out of the question. Not until she was old enough to buy it herself. Marlena didn’t think it was such a big deal, most of her friends had one. While her mom was in the bathroom, she decided to dress Chloe in her suit. She found her little pick suit with ruffles around the bottom and put it on her. Chloe was such a cute little girl. She and Marlena always got along. If her mom wasn’t around, she preferred Marlena to anyone else. Sometimes Chloe even slept in Marlena’s room.

Biography of each author 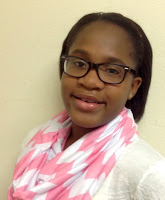 Morgan Billingsley is a seventh grader, who loves writing, acting, swimming and volleyball. She enjoys helping out and making people laugh. Everyone who knows her, applauds her nurturing heart. Morgan can often be found assisting her mother, ReShonda Tate Billingsley at book signings. She is active in her school organizations and serves as secretary for her Teen group in Jack and Jill of America, Inc. Follow her on Instagram @c_momo_b

Eleven year old, Jackie Lee is a lover of the letters and the arts. She has starred in three theatrical productions produced by Cherie Garland. She portrayed Crystal in “The Christmas Present,” Glenda, The Good Witch in “The Wiz” and the Ballerina in “One Night with a King.” Jackie’s love of arts also extends to church. She participates in the praise dance ministry at East New Hope Baptist Church. She utilizes her musical talents as a clarinet player at Forest Hills Elementary School Band. Jackie can often be found at various literary events assisting her mother and guest authors. She also enjoys journaling and making sketches in her notebooks. She resides in Virginia with her parents and siblings. You can follow her at http://thecreativelifewithjackielee.blogspot.com/

Eleven year old, Gabrielle Simone attends Pulaski Academy College Preparatory School, where her teachers describe her as hardworking and passionate about learning. She is the student council representative for fifth grade, plays both basketball and soccer and has a personality bigger than life. The confident young writer is also the daughter of young adult author Celia Anderson. Having grown up tagging alongside her mom at book signings and lectures, it’s no surprise that she has become interested in the art. Gabrielle says that one day she would like to attend Stanford University in California, but that may change as she grows older. Currently she resides with her mother in Little Rock, Arkansas, enjoys playing dress up, singing and playing with her American Girl Dolls. She lists both her mother and maternal grandmother, whom she affectionately calls FeFe, as the people who have influenced her the most.

Posted by Deborah Mello at 8:00 AM
Email ThisBlogThis!Share to TwitterShare to FacebookShare to Pinterest