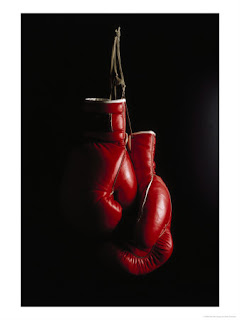 I’m learning how to conduct a fight in a relationship. Damndest thing I've ever had to learn to do. When I was married, fights were typically these horrendous verbal assaults complete with name calling, hate-filled utterances, and accusations of wrong doing. Too frequently things (my things) would get thrown or broken with my home left in complete chaos. I would usually be left a blithering mess, sobbing until I was physically ill and unable to function. It would take me days to recover and it would sometimes take weeks for the relationship to return to some sense of normalcy.

My very special friend does not “fight”. He "discusses". There is no name calling, nothing filling with hate, no accusations. He makes his point and he moves on. Done and finished with the issue. Meanwhile I’m still readying myself for the blowup, feeling completely out of sorts when all is said and done. Only once was I reduced to tears and only because I was so frustrated by not being able to navigate my way through.

“Discussions” are proving to be a challenge for me. My verbal skills leave much to be desired. Put a pen and piece of paper in front of me and I have no problems expressing the emotions. Sit me down across a table and expect me to debate the topic and I shut down. Thankfully, my friend and I have only had two major “discussions” with each other. Both were resolvable but both times I found myself shutting down. And both times he refused to let me.

So, I’m learning. I know this writer guy who frequently blogs about his relationship with his new wife. It would seem that the two bicker and fight a lot. So much so I sometimes question how they manage to find any peace with each other. Their battles are almost always reduced to name calling. For me, that would be the kiss of death for a relationship.

Hopefully there won't be a whole lot of "discussions" for me to have to manuever. But when and if I have to, I hope I’ll do better because I'm learning.
Posted by Deborah Mello at 2:25 PM
Email ThisBlogThis!Share to TwitterShare to FacebookShare to Pinterest
Labels: Me Myself And I