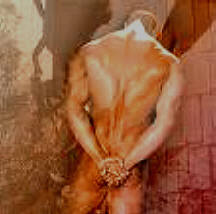 I am creating a new character. Most of my characters embody traits of people I know or want to know. I have a friend who is proving to be the catalyst for my next hero. My friend and I could easily spend hours talking. He is an engaging personality: intelligent, compassionate, spirited, spiritual, funny, and just absolutely adorable. He has presence and I just adore men who have great presence. In another time and another place I would seriously consider maneuvering the schoolgirl crush I have on this man toward something more. Of course, this doesn’t sit well with my significant other, but hey, it keeps the man on his toes!

Now, I readily admit to having a crush, or two, or three, and will tell anyone, that if I were looking for a second husband (and I’m not!), my friend would surely be somewhere at the top of the list. Right up there with Tyler Perry, Laurence Fishburne, Dijimon Housou, LL Cool J, Keith Hamilton Cobb, and my FedEx man. Bear in mind now that my list changes as often as the weather!

Anyway, my friend and I were talking today about the dynamics of relationships and the ensuing drama some couples just can’t seem to avoid. We were also debating the attributes individuals look for in a partner, or rather, the ones they should look for. One reason I enjoy talking to this man is that he allows me insight into the male psyche that most men would probably prefer a woman not know! He’s a man who isn’t afraid to show his own vulnerability and he readily admits to his own relationship phobias.

We were also reminiscing. Weeks ago I was reflecting back on my first boyfriend. We met my freshman year in high school. I can remember the exact moment I saw that boy. My best friend and I were having lunch in the school cafeteria when he walked in and I was smitten for the next two years. He left me with the most incredible memories: an amazing first kiss sitting in his father's car while it snowed outside around us. Being invited to his senior prom. (My father wouldn't let me go, but I was invited!) Watching him sleep while Barry White played on the stereo in his bedroom and being just seconds away from being caught by his parents. (I actually laugh out loud every time I think about that moment because although it had been our intent to DO something for the first time that night, something never happened because the boy fell asleep!) I do like when a man leaves you with great memories!

My second, long-term boyfriend left me with some interesting memories as well. Picnics in the park, double dates with our two cousins who were dating at the same time, and many a Jack and Jill dance party turned into a really good time! He left me with a few not so nice memories as well, especially when I found out he was juggling time with another girl and me! What I found most admirable about this man though was that he was incredibly honest, even if it was after the fact. I always appreciated that I knew exactly where I stood with him and why.

I met my husband the year this relationship had seriously unraveled. It was in complete chaos the last time I was on the phone with him and my hubby-to-be (who was taking me to dinner) grabbed the extension from my hand and told him to never call me again. The hubby-to-be wasn’t actually nice and polite about it either. In fact, I was so embarrassed and so pissed at his behavior that hubby-to-be almost wasn’t my hubby at all. The man had to learn the hard way that I don’t play like that. I didn’t like his controlling behavior and he surely hadn’t yet maneuvered a hold on my heart to have earned the right to have such an attitude. That took some doing, but when he did, he quickly learned he didn’t have to worry about my exes or my crushes.

My character has an engaging personality. He’s intelligent, compassionate, spirited, spiritual, funny, and just absolutely adorable. He has great presence and can easily hold his end of a conversation. He’s also a hopeless romantic with a penchant for old Barry White tunes. He does great picnics, complete with champagne and full body massages. He readily goes after what he wants no matter what the risk. And when he makes a mistake, he’s willing to admit he’s wrong. My new hero is growing on me. After I post this I plan to work on his “performance” skills. A walk down memory lane and a fantasy or two should easily fuel the talent and expertise this man will need.
Posted by Deborah Mello at 12:09 AM
Email ThisBlogThis!Share to TwitterShare to FacebookShare to Pinterest
Labels: Writers Corner

brings back lot of memories in New England.